I’ve been wanting to make some sort of button bracelet for aaaages.  With no particular plans on Saturday, I decided to try it out.  I had several goes before I managed to make one that looked how I wanted it to look, but I was really pleased with my last attempt!  Here it is: 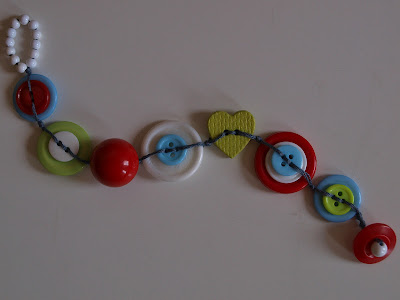 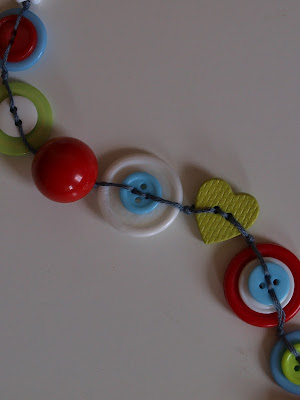 I took some photos along the way and, when it turned out okay, I decided to use them to share a little tutorial with you..... 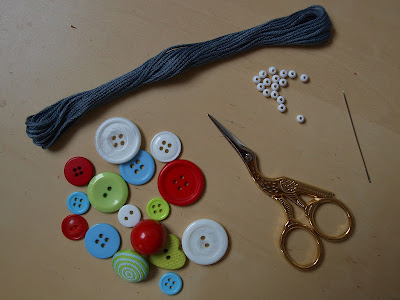 1.  The first step is the most fun!  Choose a colour-scheme for your bracelet and raid your beloved button tin/jar.  Pick out different sizes and styles of button.  I should just mention that I spent an hour on this step..... Though a more decisive person could probably do it in 2 minutes!

2.  Arrange your buttons in a line (then, if you’re like me, spend half an hour re-arranging and re-arranging and re-arranging them).  Leave tiny gaps between your buttons as you lay them out.  My button-line was about 18cm long.  TIP:  When you’re knotting the floss later on, don’t tie the knots too tightly to begin with.  Then, if you’re bracelet is too long, you can undo them and take off a button or two.  If it’s too short, you can easily add more buttons. 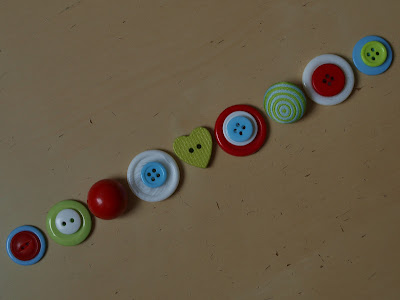 This photo shows my ‘original’ line of buttons.  You’ll see in the photos later on that my final bracelet looks a bit different – I had to take one button out, then rearrange things a bit, to make it fit properly.

2.  Cut a metre-long length of embroidery floss.  Use your needle to thread a few little beads on to the floss. You need to use enough beads to make a loop large enough for your last button to fit through.  When you’ve done this, grab the two ends of the floss (folding it in half), and push the beads along to the middle (where the floss is folded).  Then knot the floss to hold the beads in place.  This loop will be used to close the bracelet. 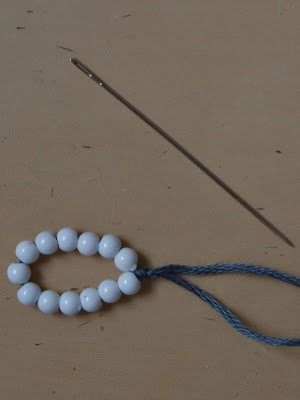 3.  Now thread one of the dangling lengths of floss through your needle.  Sew up through the first button hole, then down through the other. 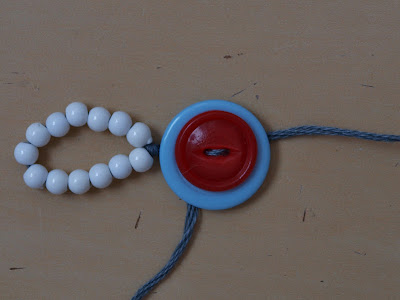 4.  Remove the needle, then thread it onto the other length of floss.  This time, take the floss over the top of the button (the front of the bracelet).  Sew down through the first button hole and up through the next.  These two steps are tricky to explain, but relatively easy to do.  I think the photos may be more useful than my rambling here???

5.  Now knot the two lengths of floss together, as close to the button as possible. 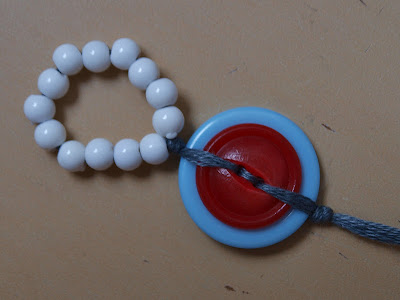 6.  Repeat steps 3, 4 and 5 to thread all of your buttons (apart from the last one) on to the bracelet.  Adding shank buttons is easy-peasy!  I just used a little bead on each side of mine, to keep my spacing even. 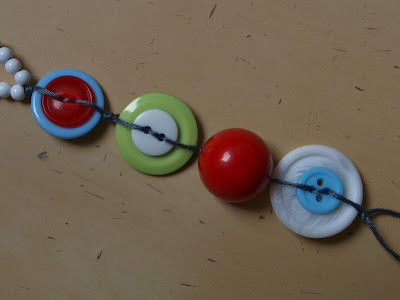 7.  After you’ve knotted on your penultimate button, tie three more knots in the floss (making sure you bunch them all up right next to each other). 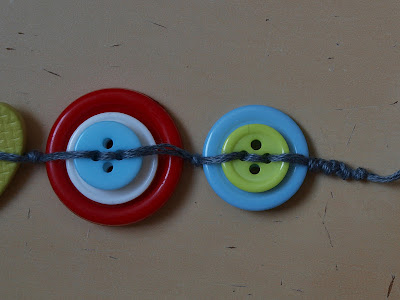 9.  Tie the floss off tightly with a couple more knots, then cut off the ends. 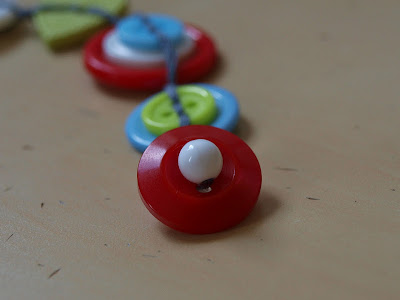 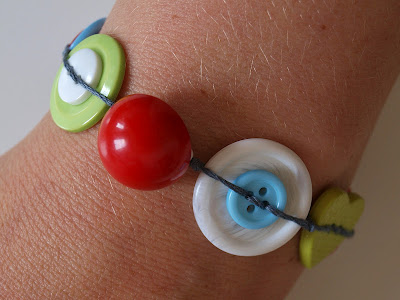 Give it a try!  Picking out and arranging the buttons genuinely DID take me an hour and a half (and what a fun hour and a half it was)!!!  But, the actual making of the bracelet was really quick and easy.  I think they’d make great little Christmas or birthday presents – especially for your crafty, button-loving pals!!!

x
Posted by Crafted by Carly

Thank you so much for stopping by for a visit, and for taking the time to leave me a comment. It's always a pleasure to hear from readers, and it really makes my day!